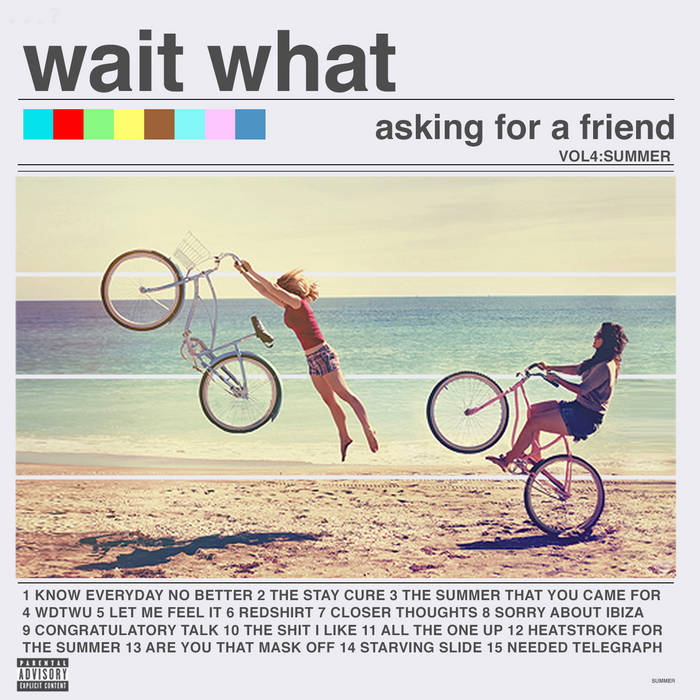 like a lot of kids growing up, summer was my favorite time of year -- no school, my birthday is at the end of june, fourth of july at camp, and all kinds of memories that always seem to be created during those three months, whether it be backpacking with 5 friends and a eurail pass, falling asleep on a dock at camp, or drinking with friends on rooftops as the sky turns orange: summer is when I've felt most alive.

this EP is the fourth and final one in a seasonal quartet, and it's fitting to me that this one is summer: it's the happiest season, the days are the longest, and perhaps most importantly, summer's always held this promise (whether actual or perceived) that anything is possible each day.

these songs came together in los angeles, new york, montreal, miami, vancouver, austin, mexico city, and a lot at home in san francisco. I spent a lot of time cutting down this tracklist, and as much as I wanted to keep it short, each one of these songs felt like they deserved a spot on the album. my hope with this record is that you can put it on, take a walk outside, and whether it's summer or not, it can be a soundtrack for you as you take a second to appreciate details around you you may have never noticed, and maybe for a second, remember what summer used to feel like to you as a kid: that childlike sense of wonderment, where waking up each day isn't just a routine repeated but a promise that anything could happen today.

i like ‘asking for a friend’ because it feels like a linguistic winky-eyed emoji that one says to faux cover their bases, despite both parties know there is no friend on whose behalf the subsequent question is being asked. in this sense, the act of saying it directly contradicts the actual words that make up the phrase.